The star – the six-pointed star of David – is found in many places in my home. To me, that star, and the coming three events are forever intertwined.

These are personal celebrations, as well as public. A little background:

Hanukkah is an annual renewing celebration to renew our faith in the ultimate triumph of peace over war. A festival of peace.

The original Hanukkah events took place during the 400 year period between writing the last book of the Hebrew scriptures (Old Testament to me) and the book of Matthew – the first book in the New Testament. I point that out to emphasize that it happened long before our ancestors chose December 25 to celebrate the birth of Christ.

Happened? The Greek successors to Alexander, especially Antiochus IV, held to a belief that their way of life was superior (though it involved idolatry and exalted human wisdom). They set about to “civilize” the people of Judea by forcing them into the Greek mold. Only those who would renounce the old ways and accept their new (including the worship of Greek gods) could have a place in the Greek society. It was decreed that “whoever refuses should be put to death.” They defiled the Holy Temple, looting the utensils and offered a pig on the altar to honor the Greek god, Zeus. It is said that an elderly priest defied a soldier who ordered him to bow down to an idol and with his sons and other faithful Jews, formed a band of gorilla fighters. The story goes that from their mountain camp the 3,000 Jewish fighters, watched Antiochus’ general Lysias and 47,000 Syrian soldiers to engage them in battle.

Well! Maccabees band, with God at their side, overcame the Syrians at Emmaus. They purified the temple, dismantled the altar and built a new one. Only one vessel of sanctified oil was found – enough for one day. Miraculously, it burned for eight days! The festival of Hanukkah, memorializing this event is called the Festival of Lights. The historian Josephus explained that the right to serve God came to the people unexpectedly, light a sudden light. 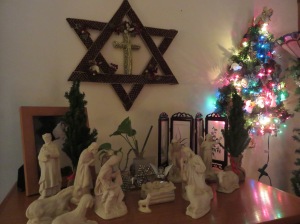 Christmas – and Three Kings days are also about a sudden light in troubled times – Magi from the east studied and watched for a prophesied star – a sudden light that would identify the king of the Jews. Matthew 2:1,2

After Jesus was born in Bethlehem in Judea, during the time of King Herod, Magi from the east came to Jerusalem and asked, “Where is the one who has been born king of the Jews? We saw his star in the east and have come to worship him.”

Yes, even the enemy, was made aware of the prophecy of the one who was to be born when the Magi asked him about the King of the Jews. Herod called together the chief priest and scribes of Jerusalem and asked them where the prophesied “King” was to be born. They pointed him to words of Micah from 800 years prior: “And you, O Bethlehem of Ephrata, least among the clans of Judah, from you one shall come forth to rule Israel for Me, one whose origin is from of old, from ancient times.”

Herod told the Magi to come back to him when they found the child. Of course we learn from Matthew 2: 16-18 that the Magi were warned by God not to tell Herod where Jesus was. The star they had followed, but had disappeared temporarily, reappeared when they headed for the prophesied town and led them to the house in Bethlehem where they saw the infant Y’shua (Jesus). 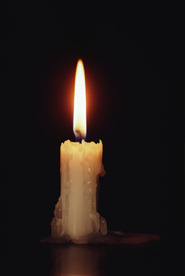 Rabbi Yaakov Bar Nachman in The Hanukkah Haggadah, says that the purpose of Hanukkah is to welcome the Messiah.

How appropriate then, that years later, at Hanukkah, the Festival of Lights, Jesus/Y’shua spoke from the Temple courts and said:

“I am the light of the world. Whoever follows me will never walk in darkness, but will have the light of life.” John 8:12

When I first read and learned that the feast of Purim extends the invitation to all who support Israel (Esther 9:27) the Jews established and made a custom for themselves, and for their descendants, and for all those who allied themselves with them, I was naturally excited to realize I too had been invited to celebrate God’s protecting hand over Israel.

Similarly, I see that connection in the passage from Luke 2: 9-11 commonly known as “the Christmas story.”

“An angel of the Lord appeared to them, and the glory of the Lord shone around them, and they were terrified. But the angel said to them, “Do not be afraid. I bring you good news of great joy that will be for all the people. Today in the city of David a Savior has been born to you; he is Messiah the Lord!”

In these troubled times, I welcome that reminder and celebrate what I like to call a Messianic Christmas. It reminds me once again of how connected God’s people are – and how the festivals were created for His chosen people – the Jews, and His grafted people because the roots of my faith  – and my Messiah, Savior and Lord – are Jewish.

31 But these which have been recorded are here so that you may trust that Yeshua is the Messiah, the Son of God, and that by this trust you may have life because of who he is. 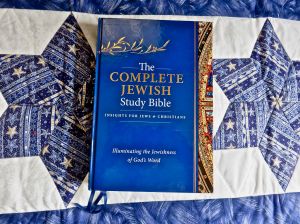 ← Tis the Season… to Feel Overwhelmed!
Here I Am – Again →