Only the wounded oyster is covered in beauty.

Without the “irritant” there is no beauty. After the irritant is resolved (by being covered), 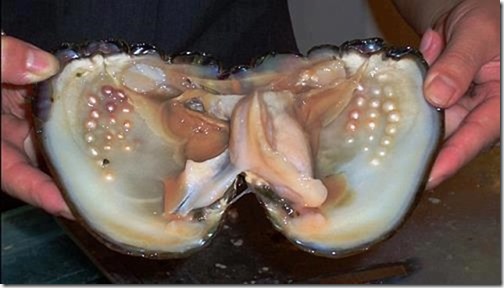 the painful obstacle turns into a thing of beauty with new purpose and increased value.

Being wounded births the pearl.

Ray Stedman describes it this way:

“ the response of an oyster to that which irritates it is to transmute it and transform it into something which is no longer a source of irritation. It becomes a lustrous and shining and beautiful jewel. From an irritant to a thing of great value.

Do you have irritants in your life? I sure do. 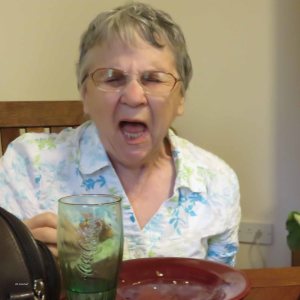 Have you seen past irritations transformed to something no longer a source of irritation? I surely have. One example for me was a controlling and abusive parent who continued to control through threats and demeaning accusations even after I’d become an adult and left home.

Fortunately, I’d found Christ and Ephesians chapter one, which thoroughly explained my new identity. Instant access (Lord, help!) provided covering for my wounds, and falling in love with God implanted seeds of understanding and sympathy toward the irritants. That abusive person began to realize and name some characteristics that were developing in me and did not change no matter what she did. I do not take credit for that – I hated every minute of that piece of glass in my shoe (only it was in my soul) feeling. But God. God kept coating layer after layer every time I tried to handle the situation in my own strength, only managing to scratch the covering to once again review the irritant.

When I found Romans 8 – which revealed who the real enemy (irritant causation) was – my life began changing. My life is still changing – each time I am reminded that neither a hurtful ‘friend’ or accusing ‘non-friend’ are the real enemy. Both are irritated oysters themselves, in need of being covered – same as I.

Once I realized that hanging onto the irritant (have to leave it exposed if I am going to show everyone how miserable it is) that I was feeding into the enemy’s plans for me and not God’s.

Once I quit picking at the irritant and let God cover it, I was soothed. When I gave God my shell, my secret oyster-like self, and when I give him my irritants, I can get out of the way. I no longer have the fake ‘responsibility’ of helping that person to see what is right. I now have a new definition of for-give (Strong’s Concordance – 1943. ejpikalu/ptw epikalupto, ep-ee-kal-oop´-to; from 1909 and 2572; to conceal, i.e. (figuratively) forgive: — cover.)

Yep – cover. So when scripture — Matt. 6:14 “For if you forgive men for their transgressions, your heavenly Father will also forgive you” — tells us to forgive —it is saying to cover – And if you look into the word parts you find it means to yield and to permit. (I can yield and allow God to cover, for I cannot do it on my own).

When Jesus, our example, in Luke 23:34, said “Father, forgive them; for they do not know what they are doing,” He reminded us of the real enemy.

16-18 So we’re not giving up. How could we! Even though on the outside it often looks like things are falling apart on us, on the inside, where God is making new life, not a day goes by without his unfolding grace. These hard times are small potatoes compared to the coming good times, the lavish celebration prepared for us. There’s far more here than meets the eye. The things we see now are here today, gone tomorrow. But the things we can’t see now will last forever.

And the irritants we once thought ugly can

someday be covered in beauty.

Matt. 13:46 and upon finding one pearl of great value, he went and sold all that he had, and bought it.