After Losing a Child: Changing my Why to When

Changing my Why to When

That’s how many times the words WHY and WHEN appear in my most used Bible.

You think I’d get the lesson right there – kind of like I have 1 mouth and two ears. But no – I have to learn the hard way.

I’ve had a LOT of time to think and weep and pray since the concussion in January, followed by the Shingles, followed by a digestive issue last weekend where my unexpected 72-hour “diet” helped me lose a quick 9#.

Oh, I know they will be coming back . . .or at least some of them, but Why? You’ve been kicked out. Bumped upstairs. I’m not even sure what I would have done if God answered all those whys…I doubt I am really ready to handle that. 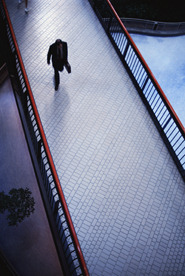 But WHEN? That has become more intriguing with every single day.

I buy videos – but they are all movies. So, surprise! Within the movies I was rearranging were three videos. An Ernie Haas and Signature Sound, and a Gaither Gospel Series video on Heaven. From 2003. Never opened. Heaven – was filled with precious testimonies by others who have lost a child, each including scripture and music on heaven. I cried, yes, but it was so healing, including those who also wonder why with a difference.

Then I tried the Signature Sound video – thought I would take a break from tears – I mean how many can you cry? (Answer: more.) That video with a different theme was upbeat and fun, until it found a crack in my heart. Gloria Gaither was a guest and she spoke on God’s character, specifically addressing forgiveness. God doesn’t “just” forgive, she shared, but He IS forgiveness.

The third, Heaven, by Randy Alcorn, is for next month. (Yes, I know it starts tomorrow J). But I need a little more quiet time to ponder, and to practice the new thoughts embedded in my heart during what felt like a very long night.

Pondering John 20:15 – with Easter coming, this story became so relevant. “Woman, why are you weeping? Whom are you seeking?

The questions were addressed to Mary looking for Jesus’ body, but of course it became a call for me too.

Why was I weeping (and asking why again)…and who was I seeking? –  I too amgrieving, and seeking Jesus, just as Mary was.

I want to be comforted with the truth, just as Mary was. When Jesus spoke to Mary he spoke of WHEN. Later, Jesus came to them, and said Peace be with you. And then He showed himself to them and WHEN they saw the Lord, they rejoiced.

Jesus comes to me each time I read His Words. Praying those words for others and for myself, they come alive, and each time I say Lord, this why is something only you can understand, so help me focus on WHEN, He shows Himself to me. 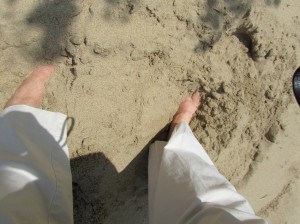 The truth that my emotions put me in the shadows, but WHEN I turn toward Him, and the shadows fall behind me. It is then, with changed focus, I can read, see, and hear the truth.

John 10:29 “My Father, who has given them to Me, is greater than all; and no one is able to snatch them out of the Father’s hand.

1Th. 4:14 For if we believe that Jesus died and rose again, even so God will bring with Him those who have fallen asleep in Jesus.

1John 2:25 And this is the promise which He Himself made to us: eternal life.

The truth is WHEN

Josh. 21:45 Not one of the good promises which the Lord had made to the house of Israel failed; all came to pass 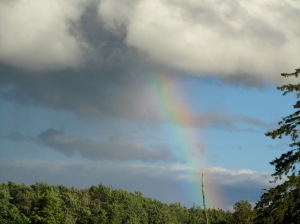 A young man said to me to the effect that, If you really believe all those things, nothing should be able to sway your hope.

He was right, and so each time I think or say why, I give it back, as Job learned, to the only one with the answers, and instead 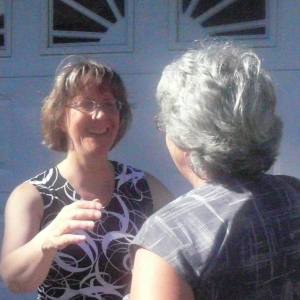 I can hardly wait for

She greets me again!

Category: DevotionalTags: after losing a child., Changing my why to when, eagerly anticipate when, if you really believe, peace be with you

← Forgiveness is NOT…
Finding Hope through Story →