After Losing a Child – Get UP!

“It’s not going so well,” was the honest answer recently from a dad missing his little girl, gone too soon.

My heart breaks with him, and other parents, because I totally get it though I find it hard to be as vulnerable.

A few blogs ago, I mentioned that I was going to BSF (Bible Study Fellowship) in memory of our daughter, Laurie, and bringing her Bible with me.

We are studying the gospel of John 5:5, and that is where I got the ‘Get up!’ title

It seems harsh, but here is why it impacted me so much: I’ve been thinking about this phrase for months, since Laurie said it to me in a dream during that time when I struggled to get out of bed and face a new day. I’d gone back to sleep and dreamed she got up close in my face, like she did since childhood when she wanted to make a specific point. In her no nonsense way she said, “Mother, GET UP!” and I woke up laughing.

But I wasn’t laughing tonight.

Jesus was saying, “Get up!” to an invalid in the alcoves of the pool of Bethesda, near the gates in Jerusalem. One of hundreds of blind, crippled or paralyzed people waiting to be the first person in the water when an angel stirred the waters, he wanted to be healed.

This man, an invalid, had been there for years! Imagine watching others get healed before his eyes… Each time was he more depressed, more hopeful because it happened, or both? This went on for years. Then Jesus came.

And Jesus asks the man the most peculiar question – “Do you want to be well?” 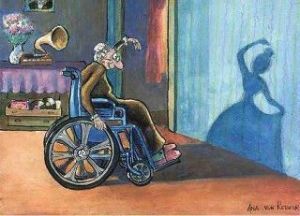 What would today’s people say? Joni Earickson Tada said it herself…“Duh!” “Of course I wanted to get healed.” (And then she went on to talk of infirmities deeper than physical and of a  healing deeper than the physical).

I came to know the Lord in 1964.  But how long has it been that I acted upon Jesus questions and commands?  How long have I kept some infirmities that I’d really not wanted to be healed from if it meant giving up a dependency, a comfort, or whatever kept me in that category of not being whole or fully realized? How long have I used the excuse that I am what I am?

Did the man realize Jesus knew how long he had been there? Did he think about his response before he chose not to directly answer Jesus’ question?

He said, “Sir – when the water is stirred, I don’t have anybody to put me in the pool.”

And “By the time I get there, somebody else is already in.”

Were those just facts, were they excuses, or were they proof that he daily did what he could to get where someone could lift him in the pool? Or, was he asking Jesus to get him to the place of healing?

Then I remember how it feels when I sit on my leg or foot for perhaps an hour. The limb grows limp and numb and it is very hard to get up, let alone to stand on it or to walk.

I wonder if this man had ever stood in his life.

Could it be that Jesus, was speaking into this man’s soul, commanding it to get up, and the invalid couldn’t do anything but, because Jesus, the creator and sustainer of all creation, commanded it to be so.

Or, was Jesus’ command made to empower, strengthen and encourage the man to ‘get up’ as my daughter said to me?

If I were that man, I would be as amazed as the onlookers when my body rose up (after 38 years!) and then bent over and picked up the bedroll without falling back down, and started walking!

Every morning I hear in my soul…

Get up! if you believe it, activate it.

Whichever of my disabilities – be it physical, emotional, mental, spiritual or some combination, 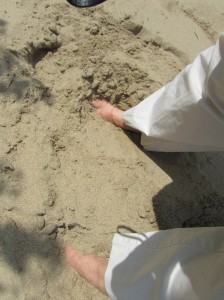 Jesus still asks me, “Do you want to get well?

Matthew Henry’s Commentary explains that to ‘get well’ meant being made whole.

He paraphrases, “Arise, and walk. God’s command, Turn and live; The proof of spiritual cure, is our rising and walking.

Walk: embark (aboard a vessel), get into, reach (a pool). So I am commanded to begin the journey…

… even if it means carrying that thorn within me

…even if it means being willing to Get Up each morning, choosing to let go of hiding my brokenness, and revealing evidence of being comfortable in habits I’ve allowed to live in my heavily scarred temple

…even if it means to let others see me visibly limping

Because – if others can see Christ despite my ability to do nothing to change my sadness or my weakness… If others can tell that something …no…some-ONE enables and empowers me to not only get up, and to get out of the bed of my despair, but to face each new day and walk 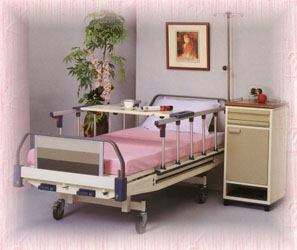 Truly such an outcome would be miraculous.

Category: DevotionalTags: after losing a child., Do you want to be well, Get up!, habits, The proof of spiritual cure, visibly limping