The Gift of Repentance

keeps on giving. But guilt is no joke. The dictionary defines guilt as “a bad feeling caused by knowing or thinking that you have done something bad or wrong.” Isn’t that a good thing?

Yes, but. Look at the rest of the ‘story.’ – 2Corinthians 7:10 For the sorrow that is according to the will of God produces a repentance without regret, leading to salvation; but the sorrow of the world produces death. (bold emphasis mine) 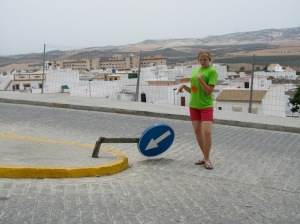 So what’s the difference?

Worldly sorrow is focused on me – guilt because I did something wrong, guilt because I got caught or worry over what people might think of me. And wanting to punish myself instead of believing the truth – that God has forgiven and erased it. Even that false guilt can separate us from God because we are so focused on me, instead of Christ’s Word.

Godly sorrow is focused on God – guilt over hurting/offending God. It brings with it a change of attitude about the sin, and a desire to be washed clean of it.e the sorrow that

is according to the will of God

(Rom. 2:4 Or do you think lightly of the riches of His kindness and forbearance and patience, not knowing that the kindness of God leads you to repentance?)

Is. 43:25  “I, even I, am the one who wipes out your transgressions for My own sake; And I will not remember your sins.

If God will not remember, why do we continue to allow guilt to reign?

False guilt (untruths or reminders of guilt that has already been forgiven and erased)  can be a destroyer of life and peace.

I particularly found the  meaning of God’s forgetting to be meaningful – (it means without geneology). So whatever has been brought to God in repentance is now without geneology. It’s gone, but it’s not just was here, now gone – The way God no longer sees it – is as though it never existed! What we are worrying over has no geneology. 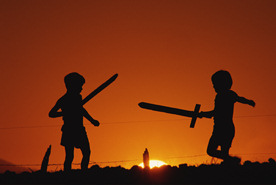 AND I WILL REMEMBER THEIR SINS NO MORE.

I WILL REMEMBER NO MORE.”

So far has He removed our transgressions from us.

So if I have guilt – sorrow – care – worry – about something already brought to God and forgiven, it is not then, a godly sorrow. It has been kept and wrongly fed instead of left at the foot of the cross.

A tweetable conclusion – the thought I feed is the one that grows.

Repentance – a turning away from. When I bring my sins, worries, cares to the cross, my part is to leave them there, and turn away from the behavior. To no longer feed those thoughts.

Victory of the cross includes freedom from guilt.