They were at it again.

Our two daughters, only 17 months apart, had gone from being best buds delighted to share a room, to fashion estrangement. Their own groups of friends, we’d expected that. Their own interests and talents, we’d expected that. What we didn’t expect was that clothing issues would be enough to warrant full separation; but they had progressed well beyond my generation’s imaginary “line down the center of the bed” that you didn’t dare cross.

Laurie dressed simply with straight lines, classic styles and a preference for denim or flannel. Cheri, on the other hand, is, as a Sears’ ad stated, our “softer side.” Lace, ruffles and femininity created her trademark. Even though the same size, their growing individuality resulted in a rapidly shrinking stash of shared items.

Shopping became a challenge with our limited budget, but of more concern was the constant friction, and developing dislike as evidenced by raised voices, cold shoulder treatment, and doodling on sermon notes “Lord, help me love my sister.” At least that was one desire we as their parents could join with and encourage!

Turning the sewing room into another bedroom seemed like a good solution as they could decorate their spaces individually. Foolishly overconfident, we smiled that they were at-least mutually focused on the same issue, when they began dividing the clothes they’d previously shared.

Their sense of humor vanished overnight.   Clearly, our pattern – family conferences doling out freedoms and responsibilities according to individual behaviors and maturity – needed a new twist. Ken buckled to my argument that since the girls were unified acting selfishly I could treat them as one. In return, I conceded that after the “announcement” of my plan was made, the males of the household could do what they do best when confronted by three PMSing women in crisis, and they prepared to flee. 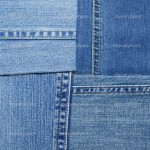 We closed the French doors to the dining room for effect and Ken explained the decision: the girls had to negotiate both of their wardrobes simultaneously with a single budget.   No shopping until cheerful compromise was reached. Their eyes widened into stares, then seeing we meant business, their jaws dropped open. The full two minutes of record-breaking silence allowed the guys to back out of the room.

Once the initial shock wore off, I distributed a list of items typically purchased each school year, catalogs showing expected prices, paper, pens, a calculator and the budgeted amount. Then I left the room, closed the door, and waited for an eruption. First, silence. Then low mumbling (I couldn’t hear much through the glass against the door) followed by total silence as hubby pulled me away from the room entirely, before really leaving the house this time (the sneak!)

The guys had long returned from their escape when two slightly smiling girls cautiously exited their “summit” several hours later with their results. Utilizing similar sizing, their desire for a broadened wardrobe had apparently overcome hostility. While agreeing to continue to disagree over what was attractive, and that most of each others clothing was still off limits, they had made a desperate compromise – of sorts. Our next shopping excursion turned into several “convertible” discussions… not the cars mind you … but basics like jeans and more importantly, the accessories.

Wisely, the girls had decided they could expand into two wardrobes if they purchased some accessories that both could use with a little ‘personality adjustment’. Scarves were a big issue, and they bought several. Laurie wore them in her classic style — straight, smooth, unaffected; and when Cheri wore them, she knotted with style and made a totally different look. It worked great for months; the only problem was that Cheri frequently ‘forgot’ to untie the knots after wearing a scarf, and to replace it in the smooth and unstructured way Laurie had left it.

Thus: this morning’s bickering. Muttering, “I’ve had it” while once again ironing knot-wrinkles out of a favorite scarf, Laurie tossed it on and slammed out the front door for school. I didn’t realize her desperate humor – even when her usual after-school greeting was replaced by running footsteps and, “I’ll be down in a little bit.”

Not realizing she had purposely beat her sister home; I continued preparing dinner, with Laurie’s somewhat distracted assistance, until we heard Cheri come in and run upstairs to change. I noticed Laurie glance uneasily toward the ceiling. She was rewarded quickly as the last footfall silenced and we heard Cheri burst into gales of laughter. Laurie’s smug knowing smile met my raised eyebrow and curious glance as we both ran upstairs to her still-laughing sister.

Spread out on her bed, chair and floor, and hanging from every lamp, door jamb, open bureau drawers, and even the curtains was the cause of Cheri’s laughter… almost her entire wardrobe was spread out displaying every appendage – with every few inches tied in knots!

We laughed till we cried, then like shampoo, repeated the application when their dad got home.

Though our daughters’ personalities and fashion choices remain different they still sometimes share or remake wardrobe items for each other, like the ruffled denim shirt Cheri got one Christmas from her now wiser and more understanding sister.

Our new family motto: Denim and Lace together? “Knot” a problem!

Gal. 2:17  Have some of you noticed that we are not yet perfect? (No great surprise, right?)

Col. 3:14 And regardless of what else you put on, wear love. It’s your basic, all-purpose garment. Never be without it.

Rom. 12:15 Laugh with your happy friends when they’re happy;

← Through The Storm
Courage – The Gift of Fear →