Studying disobedience (Biblical examples of those who did not listen, would not listen, refused to listen) can lead to our obedience. We can learn from others mistakes by recognizing ourselves. 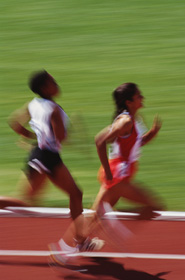 Titus 3:3 For we also once were foolish ourselves, disobedient, deceived, enslaved to various lusts and pleasures, spending our life in malice and envy, hateful, hating one another.

To change course and spend our life in pursuing new habits, we follow the pattern

This involves a commitment to read God’s Word; a practice to come away from the cares of the world…. wherever you can draw near to God. Whether outdoors in creation, music, or the quietness of a private spot, all of these forms have a common strand – Worship.

How, in this busy world, can we find time for Worship? The Put-On practice simplifies the practice to focus on the character quality of God that we want to Put ON, while it strengthens us to resist the age-old battle of struggle and striving until “we” conquer the weakness.

An wise man translated the spiritual battle of the “old man” and the “new man” described in Ephesians 4 as two dogs. Asked which dog wins the battle, he quickly

responded – whichever one gets fed the most. Similarly, if we think on our weakness, that will become our focus as we unknowingly “feed” and strengthen the very characteristic we wish to overcome. Rather, we need to focus upon – and commit to “feed” our thirsty souls with the Word of God, focusing daily on a different strength. Every situation can be tested with the EIGHT AREAS OF PHILLIPPIANS 4:8 – Finally, brethren, whatever is true, whatever is honorable, whatever is right, whatever is pure, whatever is lovely, whatever is of good repute, if there is any excellence and if anything worthy of praise, let your mind dwell on these things. (NASB)

So God’s Word says we can succeed by filling our minds and meditating on the best, not the worst; the beautiful, not the ugly; things to praise, not things to curse. (The Message)

This phrase obviously indicates an application. This requires moving desire into action. That also takes commitment. It is interesting that ALL the “Put Ons” imply acts of doing or being that are incompatible opposites of passive results of being controlled – as Ephesians 4 describes as the “deceitful lusts” we want to put-OFF.

As we focus on the qualities of God, allow (let) Him infuse your life with His character. When we Put ON the character of Christ He will “put off, concerning your former conduct, the old man which grows corrupt according to the deceitful lusts, and(you will) be renewed in the spirit of your mind, (because you) put on the new man which was created according to God, in true righteousness and holiness.” Ephesians 4:22-24 [bold emphasis added]

Meditate on God’s words, for they will produce Godly actions.

Activate Godly actions, for they will become Godly habits.

Practice Godly habits, for they will become Godly character

and Godly character will Repel and Replace the former conduct 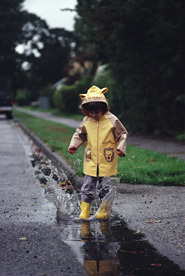 Using that foundational battle plan  over the next few weeks, we will have short challenges to activate the characteristics of Christ.

The first is to apply the 8 qualities in Philippians 4:8, asking what can I verbalize in this situation that is

and then focus on those things.

Category: All Four Sides of Me

← Who Am I Submitting To?
Suicide, My Friend? →