Guardianship is a heavy responsibility and sometimes the details and responsibilities seem overwhelming.  I’ve been chatting with some friends experiencing this (1 out of 4 women do) and thought I would post a true stress reliever story to encourage them, and all of you who might be in a challenging guardianship. Ah-la Sergeant Friday, the following is based on a true story, but names and details have been changed, just for fun because no one here was innocent.

I knew from the start that guardianship for a cantankerous grandfather with a much-checkered legal past was not going to be easy. I didn’t expect any lighter moments, but some came in an unexpected place.

Granddaddy had called for a court hearing challenging the guardianship. There were three challenges: misuse of funds, preferred change of guardian, and return control of his 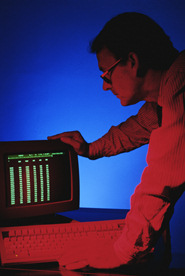 pension check. Gramps mysteriously refused to ride to the court with us, so my husband and I were in the waiting room with the list of challenges written out on a yellow notepad that rested on my lap covering a mound of paperwork.

Gramps hobbled into the courtroom with his 4-pronged cane and a woman whose face seemed familiar. His court-appointed lawyer pulled out a chair for Gramps and turned to me whispering, “He’s apparently convinced Diana, head of the agency you recently hired, to be his new guardian.”   A simple, “Okay” was my knowing response. My husband slipped me a hopeful note saying this could be my rescue, but I wrote back “Ha” and whispered to wait and see her response as details were revealed. Gramps had always been a charmer and easily portrayed himself as the victim.

We all silenced and rose as the judge entered the room. The purpose for the hearing, and challenges were read. Gramps’ attorney, and the social worker representing my concerns were introduced, and then the ‘fun’ began.

I was called to the bench first. As I shared some of Gramps past behaviors leading to the

guardianship, I could see the eyes of his potential guardian growing wider with shock and worry. The explained the challenges, and was obviously going to move to the next issue, when Gramps interrupted him. “It’s his fault,” he yelled, pointing at the social worker. “I should have got a contract out on him when I had the chance.”   His lawyer’s lips thinned with restraint as he leaned over to loudly whisper into his hearing-aid laden client, and we hid smiles of irony behind our hands.

Though the judge calmly told Gramps he would get his chance to answer in a moment, Gramps wasn’t done, and continued to malign the social worker. The judge calmly explained the procedure and asked Gramps to confirm that he could see and hear the other people in the courtroom. “I can see him,” he emphasized, pointing his finger at the social worker, “good enough to reach over and punch him in the face if I want to.” After the courtroom calmed from that and Gramps agreed to answer only when spoken to, the judge moved on to the next issue. Why did Gramps feel he should have another guardian? His answer, “Coffee,” was surely not what anyone expected. 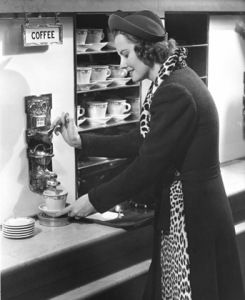 my coffee last time she visited and I can prove it. I saved it and brought some so you can try it,” Gramps wound down, as he waved a small plastic bag in the air. Obviously restraining his humor, the judge remarked that he did not drink coffee and the court appointed lawyer would have to try it.   Amidst the chuckles, the potential new guardian moved next to me and wrote several phrases on the edge of my notepad as the laughter faded… “Oh, my …I didn’t realize”… “I can’t”…

I patted her hand and told her I understood, the courtroom was called to attention and Gramps was asked this time if he could get another guardian who he would want. Gramps first appealed to the young lady who explained to the judge why she was no longer interested and then he told the judge he had a friend who approached him just a bit ago and offered to help. When he was asked to recall the date of the meeting the courtroom broke up again as Gramps replied, “I don’t recall the exact date but it couldn’t have been more than 20 or 30 years ago.”

His lawyer rolled his eyes and the third challenge was brought up. “Let me ask you one last question,” the judge posed to Gramps, who sat up straight as he could, obviously thinking he was going to rule the day. “If you got your check back would you pay the rent this time?” Everyone leaned forward a little, wondering after previous outbursts how Gramps would reply.   I closed my eyes at his response. Grandpa cursed, yelling,   “H—No! – it’s just a waste of money.” Gramps’ continued dialogue was lost in another outburst of laughter at his outrageous answer.

When the judge returned with the decision there would be no new guardian, Gramps

furiously stood and waved his cane threateningly. “You – I don’t ever want to see you again,” he screamed. I moved back while the deputy restrained him, then kindly asked me if I’d like them to return Gramps to his apartment. While I thought it best he have time to calm down, I took a risk.

“How about it Gramps? I asked. “Should I come pick you up in an hour or two and we can pick up a nice lunch? – I’d pay…”

2 Comments on “Guardianship – Sometimes You’ve Just Got to Laugh”