Discoveries of Faith – Part 1 of 5 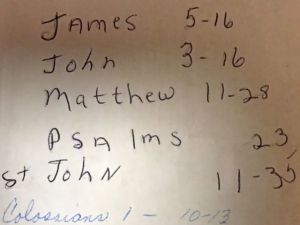 This is the inside of the little white Bible I wrote about last time.   Childish handwriting of my first discoveries. I didn’t write all over the margins back then – like I do now (and have done the past um…lots of years)- but I did write inside the covers.

Just looking at the verses I am sure you thought of topics or themes, as I did, but thought I’d review them, considering my insecure and unhappy (abusive) home life at the time, and see what were my first BIG discoveries of faith.  The fact that I wrote them down meant they were thoughts I wanted to be sure to remember and to revisit.

The little white Bible is King James version, which I no longer use but it is interesting when I ponder the old-world language and translation it brings me back to my first love – because this was where the stirrings of faith began.

I really was analytical at a very young age, and loved to play devil’s advocate and debate things.  [I totally related to Dolly Parton’s characterization in Coat of Many Colors] Interesting that God took this feisty little girl and gave this verse:

James 5:16 Confess your faults one to another, and pray one for another, that ye may be healed. The effectual fervent prayer of a righteous man availeth much.

Back then, although I knew I was being sinned against (abuse), and I was more than willing to confess their faults! Interesting the Bible did not encourage me to do that. Certainly, I also knew without a doubt (and worried) that many of my thoughts and wishes were not pleasing to God.   It was comforting, though, when I later found that David whom God referred to as a man after His own heart, also wished and prayed for punishment on the villains in his life 🙂

Scripture, I’ve found then and since, always has an order to accomplishment. So, if I wanted to be rescued from my situation (or myself) the first thing I need to do was the first thing listed:

My room was the second window to the left of the tree in the photo’s center. I spent a lot of time there, and on the roof outside of that window, pondering these deep thoughts and writing letters to God. Wish I knew what happened to those writings… All this because I knew I was wounded. 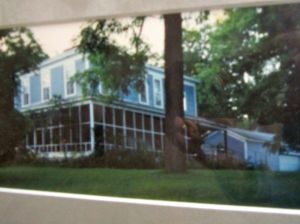 I did long to be healed. I’d been told since infancy that I was a bad seed. I didn’t think there was any possibility of that changing, so imagine my heart soaring to read this passage!

And how could I get righteous? That stirred up a hunt for that word in the Bible – I did not have to go far in the same book to find it – James 1:20 For the wrath of man worketh not the righteousness of God.

James 2:23 And the scripture was fulfilled which saith, Abraham believed God, and it was imputed unto him for righteousness: and he was called the Friend of God. James 3:18 And the fruit of righteousness is sown in peace of them that make peace.

Here I was shown the steps of righteousness 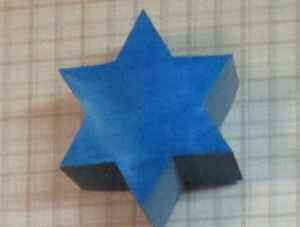 That is where it all began, and God called me to be a peace-maker in our family.

Where did your faith begin?  What is the first Bible verse that spoke opened your heart to belief?

Category: DevotionalTags: beginnings of faith, effectual prayer, fervent prayer, i could be healed, steps of righteousness