It took a scare with my vision to get me back in the book of Daniel. 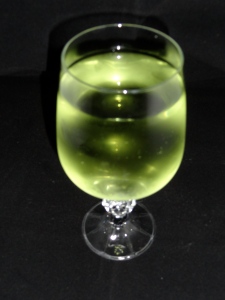 You may know the story of Daniel and three friends included in the selection from the “sons of Israel” tested by King Jehoiakim, king of Judah.

The king ordered the head of the palace staff, to get some Israelites from the royal family and nobility

Dan. 1:4 —young men who were healthy and handsome, intelligent and well-educated, good prospects for leadership positions in the government, perfect specimens! —and indoctrinate them in the Babylonian language and the lore of magic and fortunetelling.

Dan. 1:5 The king then ordered that they be served from the same menu as the royal table—the best food, the finest wine. After three years of training they would be given positions in the king’s court

Those “selected” did not have a choice. I imagine the shock when

“Daniel determined that he would not defile himself by eating the king’s food or drinking his wine, so he asked the head of the palace staff to exempt him from the royal diet.

Dan. 1:9 The head of the palace staff, by God’s grace, liked Daniel,

Dan. 1:10-14  but he warned him, “I’m afraid of what my master the king will do. He is the one who assigned this diet and if he sees that you are not as healthy as the rest, he’ll have my head!” But Daniel appealed to a steward who had been assigned by the head of the palace staff to be in charge of Daniel (and friends)

We know that at the end of ten days Daniel and friends “looked better and more robust than all the others who had been eating from the royal menu” – Daniel 1:16

But I wonder if Daniel’s friends were nervous about his plan. The passage of scripture only describes Daniels decision to pursue the healthier route, while risking the anger of the King and the palace staff responsible for the outcome of their training.

NASB says Daniel made up his mind

The literal translation of the root word here is that he “set upon his heart” – to will, and to refuse!

I’d always thought Daniel only determined to DO the veggie and water diet, and re-reading this passage revealed to me what Daniel knew: to be successful in what he was proposing he had to determine to NOT DO that which would defeat.

Daniel’s actions recently inspired many to follow the so-called “Daniel’s Fast” diet, fasting from rich and unhealthy foods for 10 days, just as those 4 young men did.

But that 10 days was only the beginning. When their venture to eliminate rich foods and wines, proved successful, it continued, “So the steward continued to exempt them from the royal menu of food and drink and served them only vegetables”

How many of us start on a temporary goal – a week, 10 days, a month, of exercise or diet or other ventures to improve our health, and when we accomplish it, we celebrate by returning to our unhealthy ways before the goal.

I’m not on the Daniel Fast (though I do believe in and practice fasting), but I’ve begun the journey of a healthy diet – for life. Daniel’s attitude is my inspiration because he chose to plan ahead – to not say I can’t have that but I won’t.

In a few more days I will be entering the second phase of my goal, gradually adding more foods and exercises back into daily routine, testing out which foods need to be eliminated, which need to be increased, and which need to be cautiously consumed only occasionally.

If I am ever to reach that plateau of being comfortable with what is best for my body, I will need determination like Daniel’s.

Determination to face the tempters and say, no thanks.

Determination to say about some foods, not I can’t – but, I won’t – to purpose to refuse.

I wonder if Daniel’s friends didn’t support his decision for all of them, because I’ve been surrounded with encouraging friends, cheering on each decision and determination to get through each level that will enable me to not just gain, but also maintain health longterm.  I know I will have days when I will want something I shouldn’t. So I’m researching recipes and creating yummy treats in preparation to fill that longing with nutritious choices. I covet continued prayers.

We all have friends who are struggling with maintaining their purpose and determination. Stand with them however you can. Help them stick to their goal, and cheer on their determination to willfully chose to refuse whatever it is that drags them down, that binds them with craving and addiction.

Your ‘friend’ could well be the person in your mirror. If so give that “reflection of God” (you are made in His likeness) an encouraging word too by doing what Daniel did:

← For Natural Beauty – Last Things First!
Walking through the Valley? →

2 Comments on “Determine NOT TO”